This post originally appeared on the Taste and Savor blog on Feb. 27, 2012 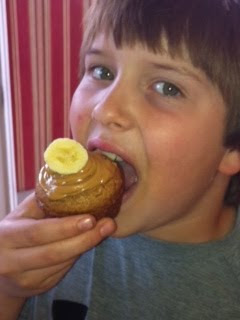 Whether I’m talking about the tropical fruit o 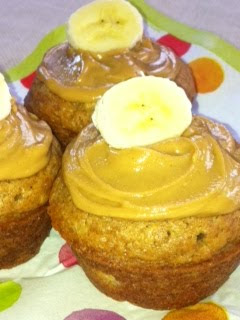 In my never ending quest to get my children to eat healthier, I try to introduce them to new foods on a weekly basis. Not surprisingly, the 9 and 13 year old have not jumped on the quinoa and kale bandwagon I have been driving. So, I must revert back to the few tried and true foods that they will both eat. Bananas are one fruit that everyone in the household can agree on. Of course, one likes them green, the other likes them nice and ripe. Inevitably, a couple of bananas in the bunch miss meeting some one’s optimal eating conditions and they end up going to the dark side.

This week, I found myself with free afternoon and several well spotted bananas. I decided to step out of my comfort zone and see if I could put a little Taste and Savor spin on a banana bread recipe. I used two different banana bread recipes as my guide. I cut down the butter from 1 1/2 sticks to just 1/2 a stick. Substituted two of the eggs for egg whites, and incorporated some whole wheat flour. I also decided to add a little spice to my recipe with ground cinnamon, nutmeg and ginger.

I mixed up the batter and put it in a standard sized muffin tin. The banana spice muffins turned out great in my opinion, but the true test was yet to be realized. Would the kids actually eat a healthier version of banana bread? For a little extra insurance, I frosted a few with with a mixture of two parts peanut butter to one part honey, then garnished with a banana slice. Of course, I did not mention to the kids that these muffins were better for them, I just set them out on the counter and waited to see what would happen.

The 9 year old loved them and even volunteered to be in my photo shoot as you can see above. The teenager liked them with the peanut butter topping as well as plain. Even more amazing, she took one to school in her lunch box and shared one with a friend. All in all, a successful experiment!

Cream together sugar, butter and yogurt on low speed. Next add bananas, eggs and egg whites and mix until combined. In a separate bowl, whisk together dry ingredients, then add to wet mixture and beat on medium speed until incorporated.

These muffins are great as is, or for a special treat, soften 4 TB natural peanut butter in microwave for approximately 40 seconds and stir in 2 TB honey. Spread peanut butter mixture on top of muffins and garnish with a banana slice